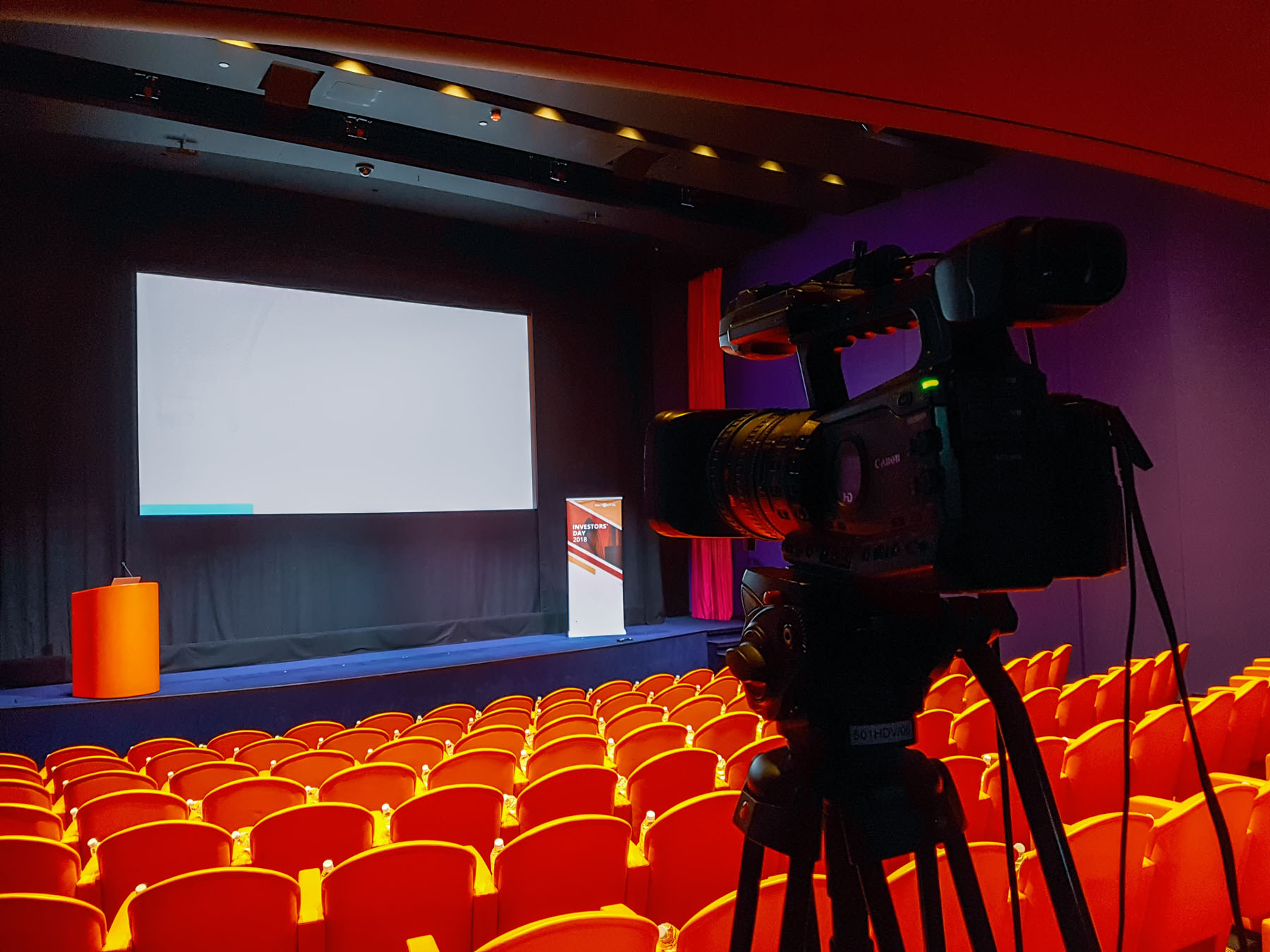 Filming a 2 Day Conference at The Ham Yard Hotel

I go to quite a few conferences a year. Not as a guest or as a speaker, but to film them. While I know a lot of camera operators don’t find conference filming particularly interesting, I’ve got to say I’m on the other side of the fence to them, in that I really love it!

Every conference is different with new speakers, new ideas being shared, new projects being brought to life and great groups of people who are always welcoming and don’t mind being on camera (which is always a benefit!) 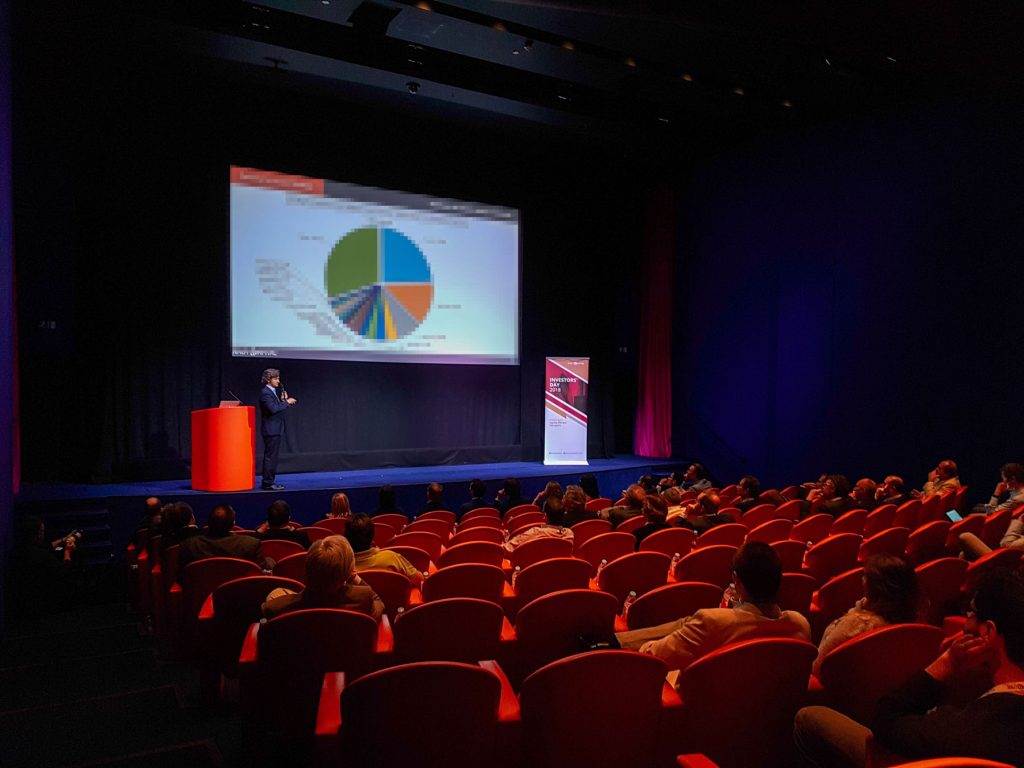 The brief that we had for the conference was to across two rooms, a large theatre where the main presentations were taking place, film the smaller presentations in a separate room, and capture the ins-and-outs for the day between presentations with a little bit of stills photography thrown in for good measure.

This was a mammoth task. 6 cameras. 1 location during the day and then in the evening of the first day, dart across town for an evening of excellent dining from the top of the Gherkin.

We arrived on location at the Ham Yard Hotel at 7.30am (which coming  from Swindon is pretty good – no traffic!) and began setting up for the first presentation at 9.30. There were about 10 presentations in the main theatre on the first day and 6 in the smaller room. 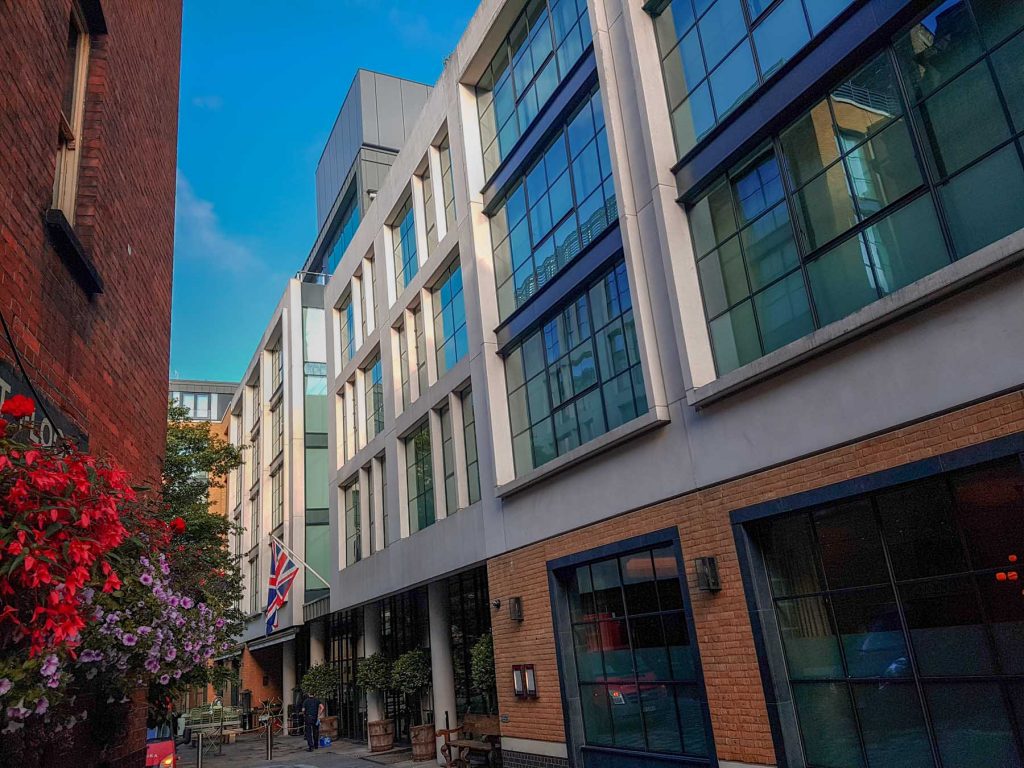 Each room was rigged up with a static camera which served as the master for the presentations themselves, with a feed coming in off the soundboard, and then a second camera for capturing a close up/medium shot of the presenter.

The master shot gives us something to fall back on no matter what happens with the second camera and when you’ve got the ability to plug into the mains, filming all day isn’t a problem. 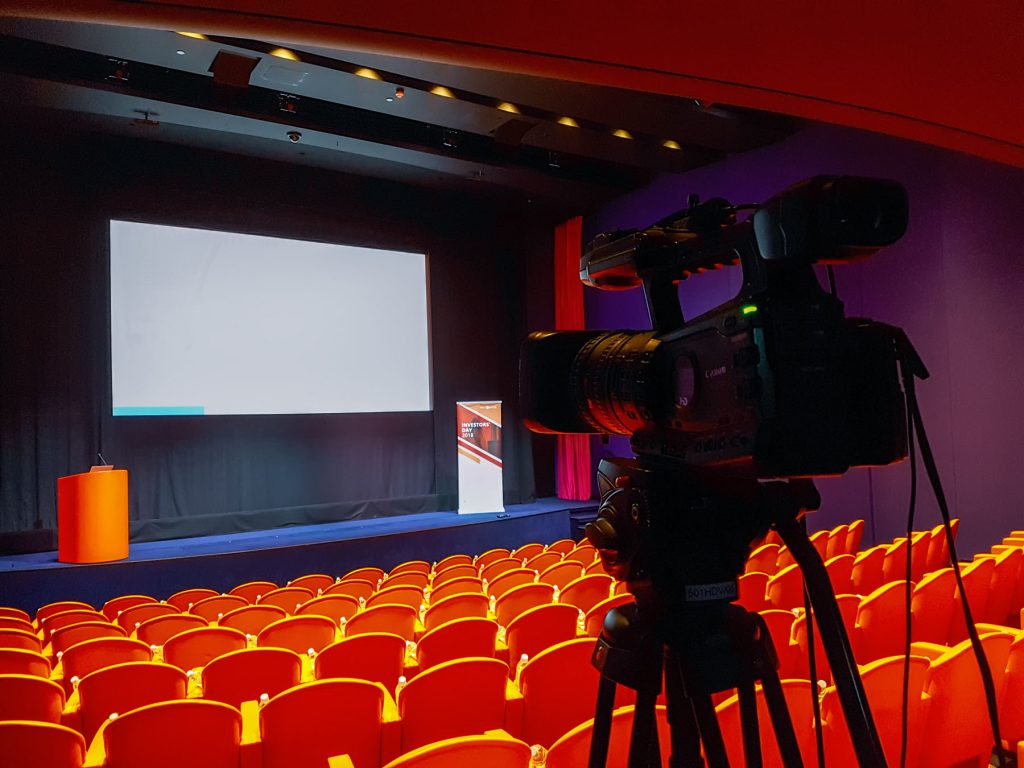 Some of the challenges we faced were that neither of the presentation rooms wasn’t particularly well lit and when they were, there was a strange flickering from some recently installed LED lights – we figured out the frequency and moved on with the day.

There was a fantastic lunch on the 4th-floor or terrace prepared which is where we filmed the majority of our interviews. While it was noisy, the buzz and the atmosphere really adds to the soundbites and you can’t stop people from talking over lunch – that would be mad!

It was also during this time that I also filmed a couple of timelapses – love a wide angle timelapse!

More presentations followed after lunch before a mad dash across the city centre to the Gherkin. It was at this point that Tim would stay behind with the party travelling on the bus and I would go on ahead in an Uber, scout out the best spots to film at the Gherkin (and clear security) and then film the arrival of the guests. 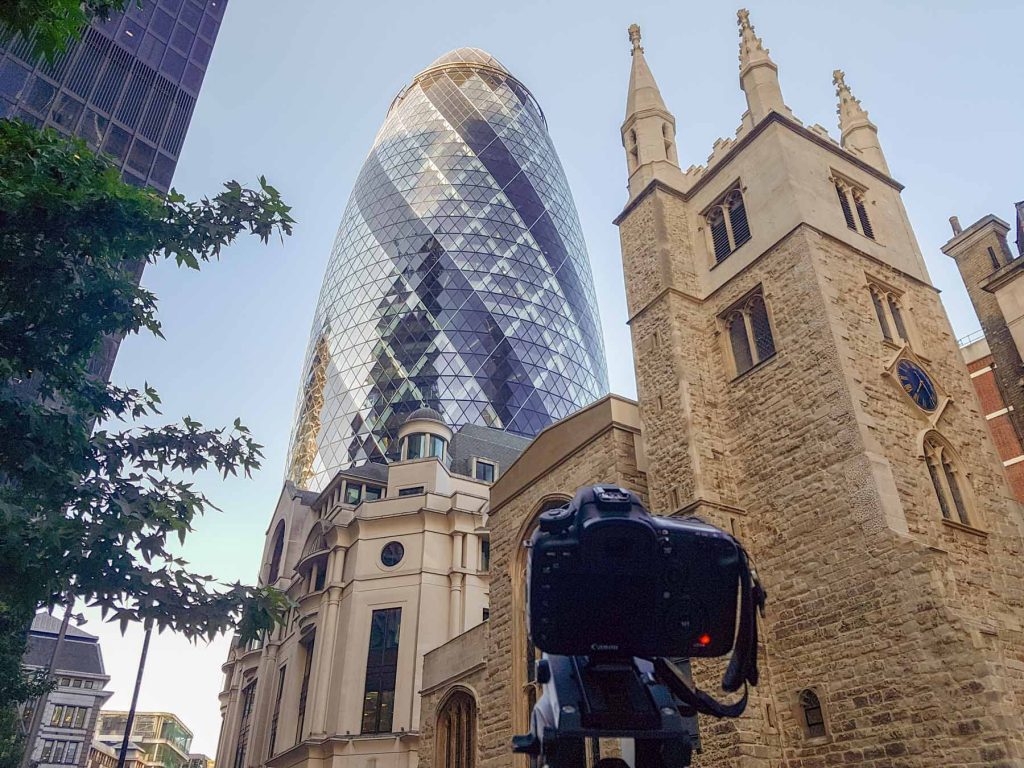 I don’t mind saying that going up to the 42nd floor of the Gherkin in a very fast lift played hell with my stomach the first couple of times, but once you are up there – the view is magnificent. Such a great location for dinner! 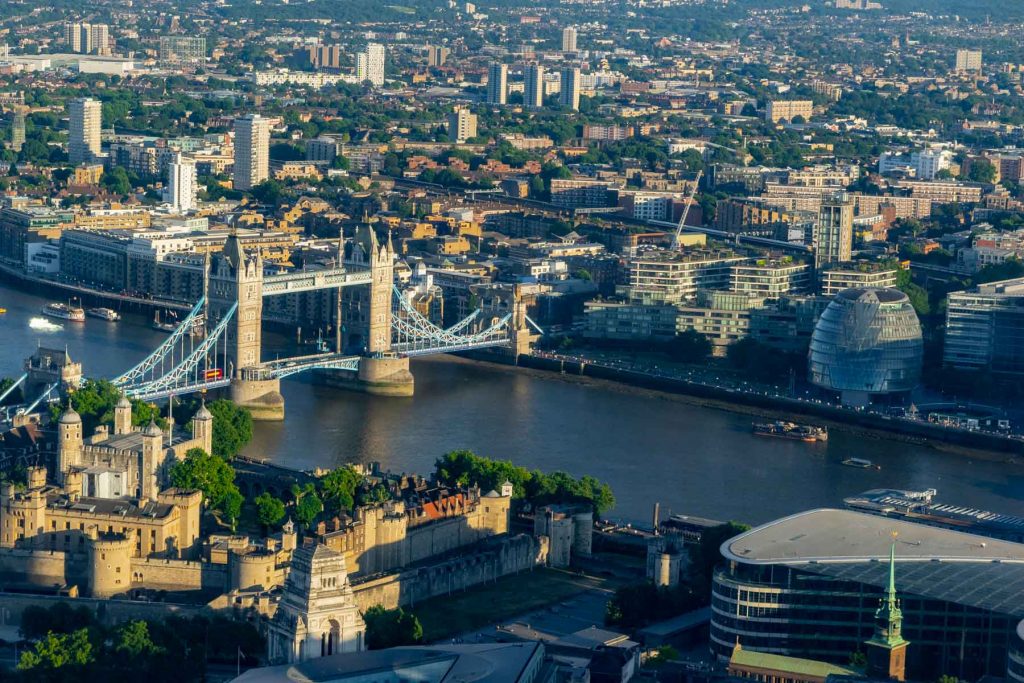 4 and half hours sleep and we were back at the Ham Yard for Day 2 and more presentations, another lunch (this time a glorious barbeque) and some more interviews.

All in all, I think we rattled through about 1TB of data between the 6 cameras we had running throughout the event. The presentations were all shot in HD with the highlight clips in a mix of HD and 4K. This is simply the preference of which camera I had in my hands at the time, whether that was my Canon C100 to record the interviews or some of the guests talking between presentations in the low light bar.

We were very grateful for two things.

Number 1 – The staff and guests were fantastic. They were so amenable and friendly and only asked about what we were filming for about twice!

Number 2 – Air Con! We were filming during two of the hottest days in June and without air con, I think we may very well have melted into a big puddle with the cameras either side of us!

A really brilliant conference at a stunning location – what more could you really ask for!

Here are some more behind the scenes from the shoot. 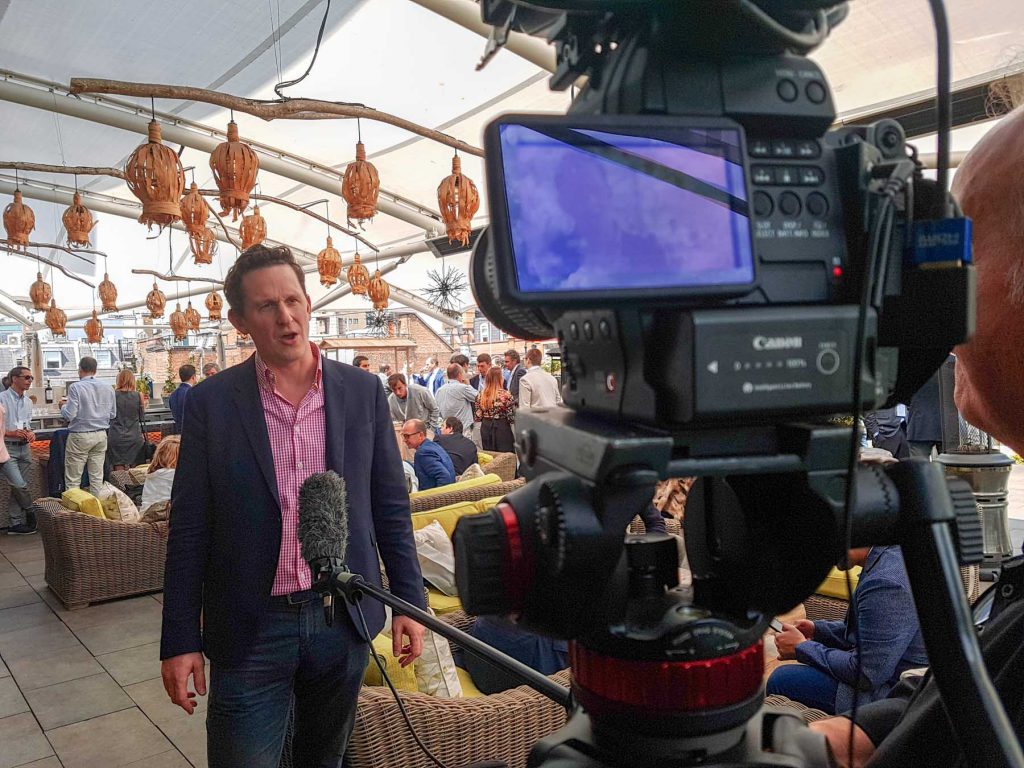 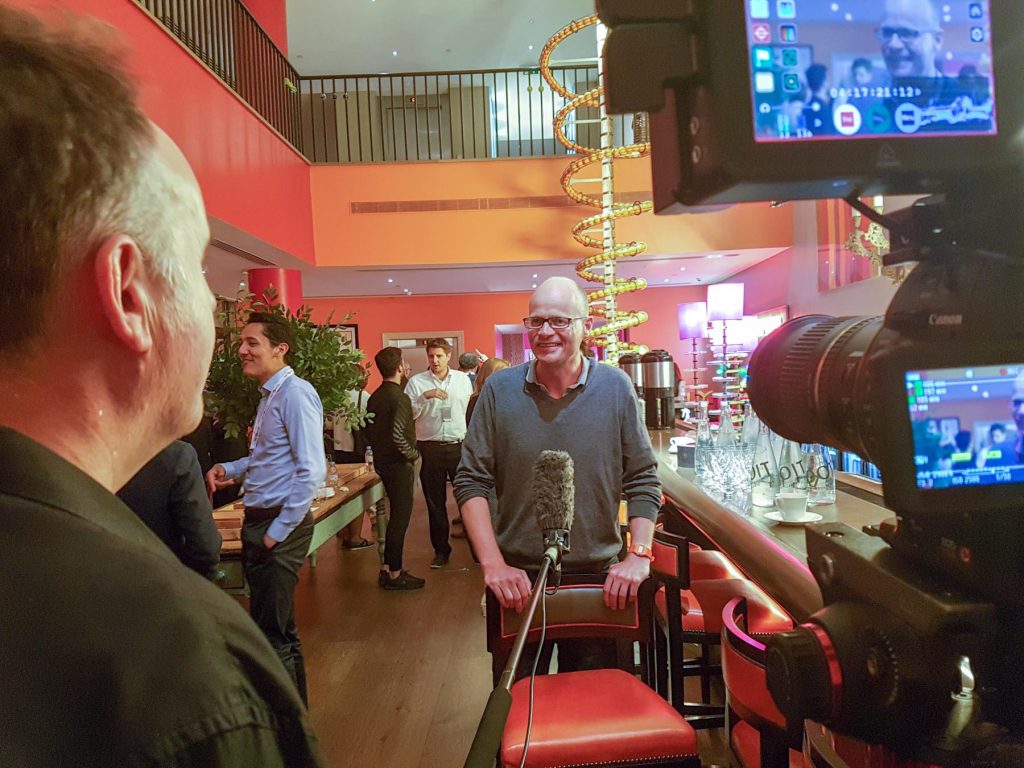